As I noted before, the Thais have a penchant for making life-size statues of important Buddhist monks. But for the most important monks, a life-size statue may not be enough. Meet Mun Bhuridatta (1870-1949), a monk who spent more than 50 years meditating in the forests of Thailand, leading a strictly ascetic lifestyle.

We came across him while driving out of Khon Kaen, and there was no way we couldn’t check this out.

The statue is part of a small temple and roadside museum to Mun Bhuridatta.

Mun Bhuridatta sitting over a shed of his acolytes. 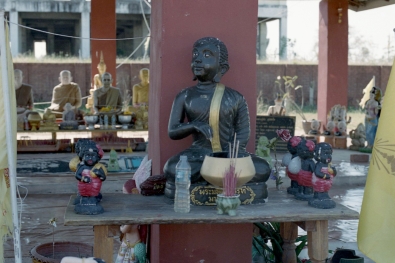 … as well as some decidedly non-PC figurines.

And, of course, the wax figure.

An extra head, just in case … 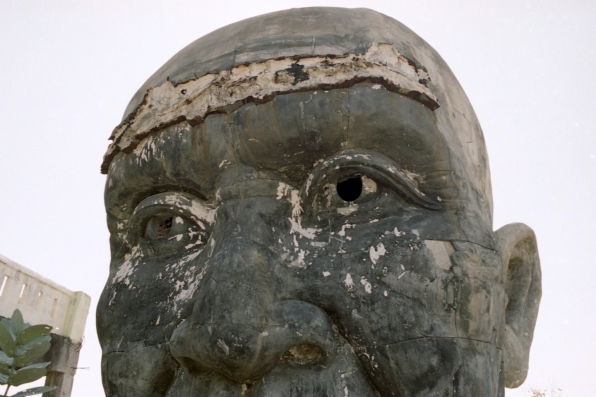 … in which the birds have made a home.

Would Mun Bhuridatta have appreciated this commemoration? It’s hard to say. “Searching out secluded places in the wilds of Thailand and Laos, he avoided the responsibilities of settled monastic life and spent long hours of the day and night in meditation. In spite of his reclusive nature, he attracted a large following of students willing to put up with the hardships of forest life in order to study with him.” Boy, we all know what that’s like, amirite?