A few weeks ago, we went to Khon Kaen, a city in the northeast, because—well, because it was there and it was time for an adventure. In many respects, Khon Kaen looked like a lot of other places in Thailand, but there were a few interesting sights.

First, we have Wat Nong Waeng (Nong Waeng Temple), which is allegedly the most famous temple in Khon Kaen. It’s notable for its nine-level tower, although the view from the top is about as interesting as the view from my 12th floor apartment, and not worth the film. However, the building itself has a lot of nice architectural flourishes, like the dragons lining the staircases leading into the temple, and the interior itself is fairly opulent. The temple was built to commemorate the 50th anniversary of King Rama IX’s ascension to the throne, so there is an altar to him inside the temple. The altar includes a photograph of him as a monk—it is traditional for all young men, and particularly the kings, to go through initiation as a monk, even if they serve for only a month. 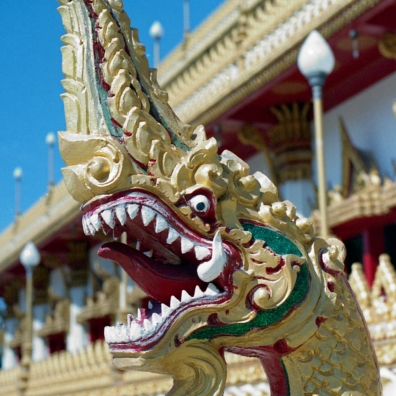 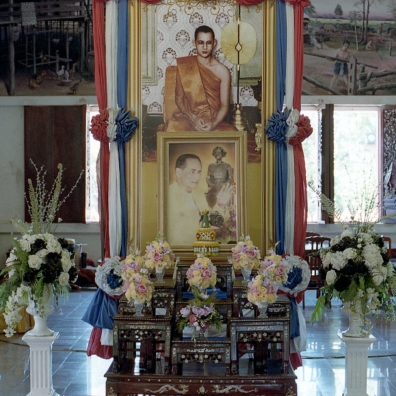 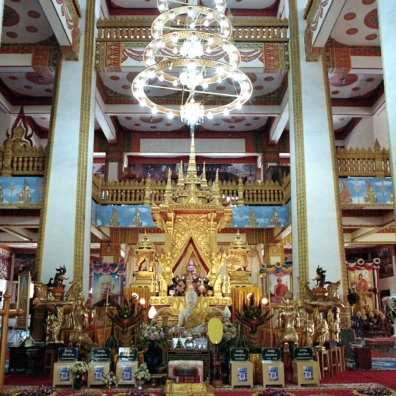 You can seek a blessing from the monk on duty, or—if you prefer the silent type—from one of the significant former monks. Thai temples frequently hold statues of prominent teachers that are incredibly detailed, down to age spots and tattoos.