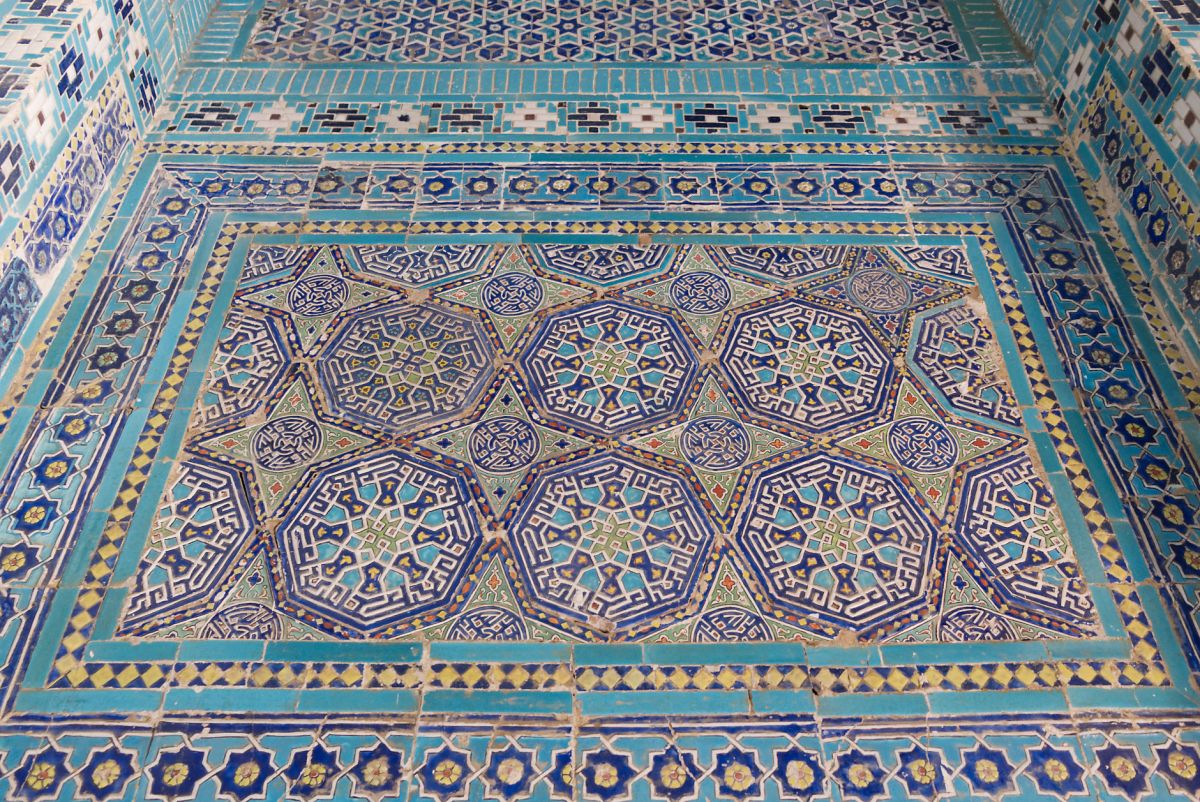 Yes, this next post was supposed to be about markets, but I haven’t exhausted my supply of Samarkand-based puns yet.

These are photos from the Shah-i-Zinda necropolis. According to Wikipedia,

The name Shah-i-Zinda (meaning “The living king”) is connected with the legend that Qutham ibn Abbas, a cousin of the Prophet Muhammad, is buried here. He came to Samarkand with the Arab invasion in the 7th century to preach Islam. Popular legends speak that he was beheaded for his faith but he didn’t die, took his head and went into the deep well (Garden of Paradise), where he’s still living.

We recently went to Samarkand, Uzbekistan to visit friends who were working in Tashkent. Samarkand was to be our first stop on a tour of the major Silk Road cities. Let’s see what Samarkand has to offer.