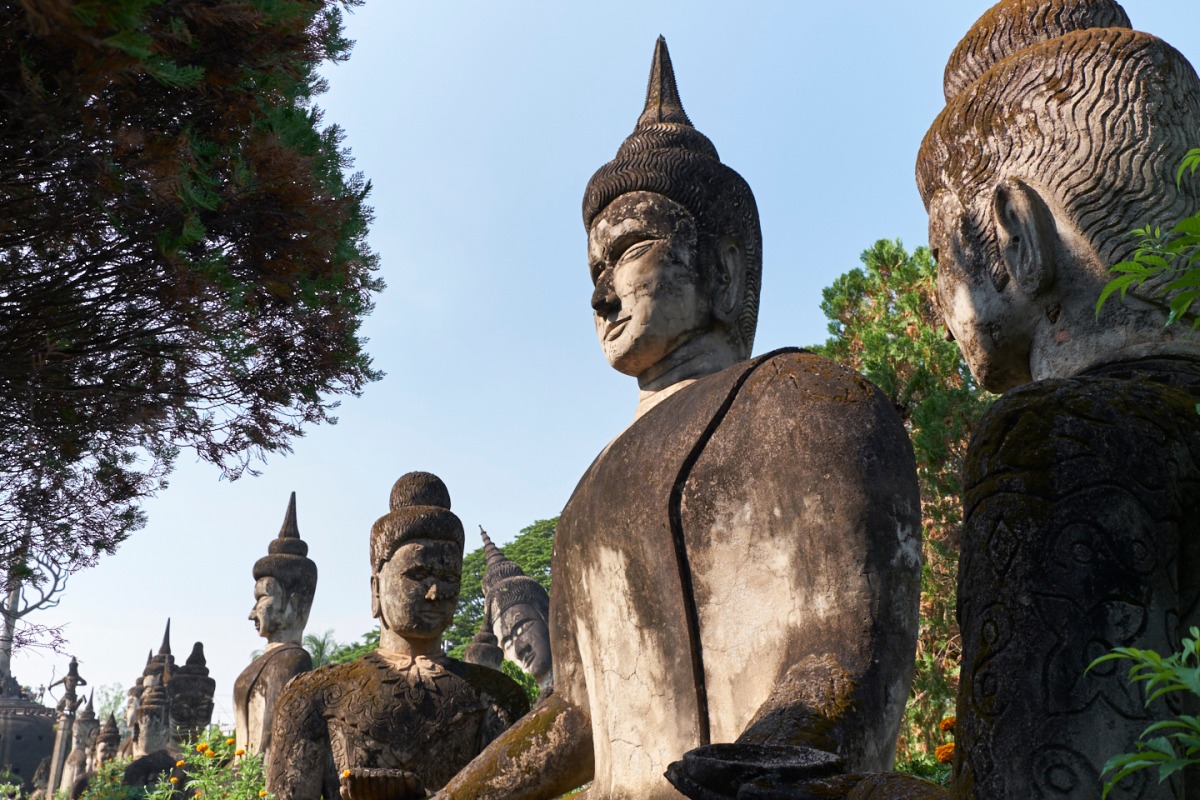 About 25 km outside of Vientiane is the Buddha Park. The Buddha Park was started—for devotional reasons, probably—in 1958 by a shaman, Bunleua Sulilat, who fused Hinduism and Buddhism into his own syncretic cult. The statues, which look like they were collected from ancient temples across Laos, are actually modern creations of reinforced concrete.

The site made me think of a 1970s lawn ornament store, complete with a sales pitch:

Come on down to Buddy’s Buddha Barn!

Buddhas lying down—Buddhas on the ground!

A three-headed Buddha? A six-armed Buddha? You know we got it!

And for you Hindus—this weekend, we’re running a special on Durgas!

So don’t get stupa’d—Come on down to Buddy’s Buddha Barn!*
*(Right next to Gary’s Ganesha Garden on Highway 1.)

Odds are I’m going to some kind of Buddhist hell for this. 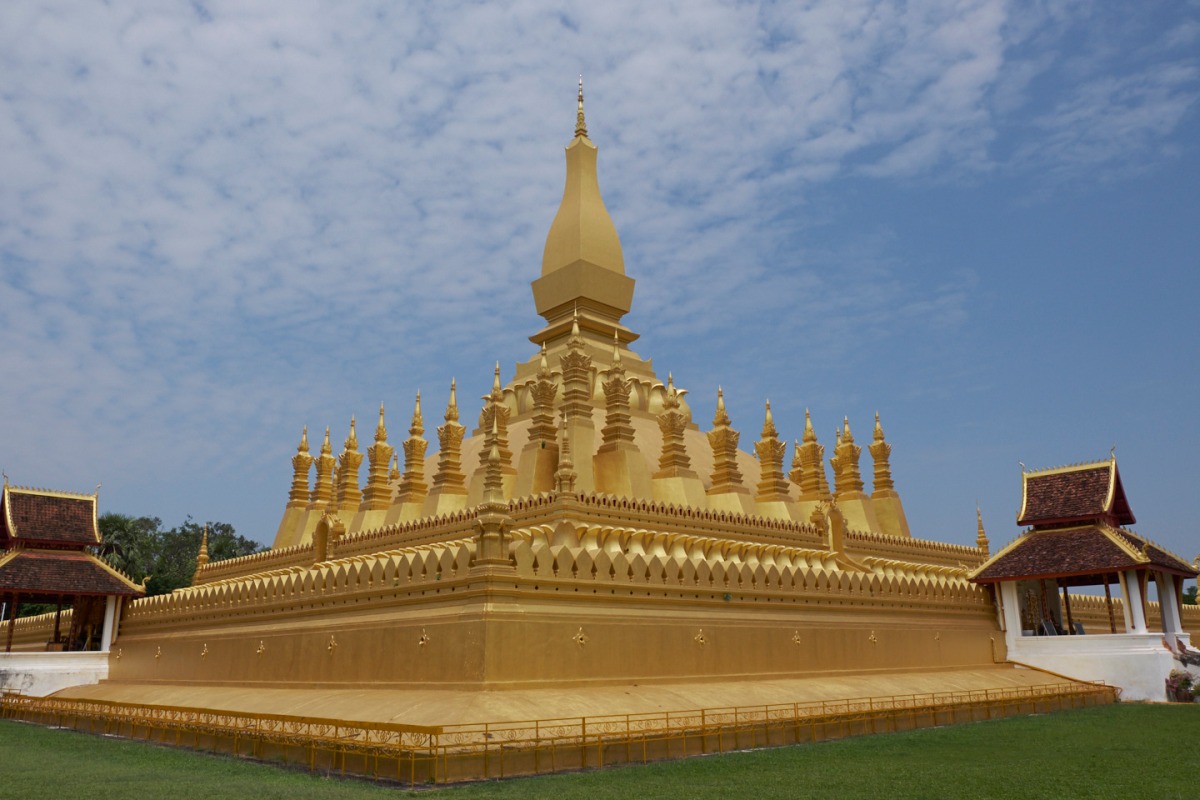 Recently, I joined Abby on her trip to Laos, starting in Vientiane. This is a city I have long wanted to visit: just the name itself has always conjured up for me an air of romance and mystery. And having now seen it, I honestly can say that of all the world capitols I have visited, Vientiane is definitely one of them.

It’s not that the place is without merit. The temples—similar to Thai temples, but a little more ornate—are lovely. The colonial-era architecture, where it still exists, is crumbly and charming. Everything else, though, is unremarkable. Take, for example, the Victory Monument, which is one of the most prominent attractions in the city. Its own sign reads

At the northeastern end of the LaneXang Ave. arises a huge structure resembling the Arc de Triomphe. It is the Patuxay or Victory Gate of Vientiane, built in 1962 (B.E 2505), but never complete due to the country’s turbulent history. From a closer distance, it appears even less impressive, like a monster of concrete. Nowadays this place is used as leisure ground for the people of Vientiane and the seven floor on the top of the building serves as excellent viewpoint over the city.

One of the more interesting entries in the guidebook was the That Dam, or Black Stupa. One website reads

Known as the “Black Stupa”, many locals believe this mythological structure was once inhabited by a seven-headed dragon (now dormant) that stood to protect the city from the threat of the Siamese. Another tale that does the rounds says that the gold that once graced the surface was taken when the Siamese army ransacked Vientiane back in 1828. … Nevertheless, the Lao still regard That Dam as the city’s guardian spirit. Legend, folklore, and history all combine to make this structure a curious and charming place to visit. It makes a change from most religious sites in nearby Thailand, for example, where stupas and temples are endlessly renovated and rebuilt, and history, at best, is lost and buried deep within them.

No, this one has not been renovated or rebuilt, but it is charming in a curious way.

On the other hand, the Pha That Luang, located about four kilometers away from the city center, or Golden Stupa, is far more stately. Pha That Luang is a 16th century Buddhist temple covered with gold leaf. The Thai army destroyed it (along with the Black Stupa) in 1828, and it has undergone three reconstructions since.

Actually, it doesn’t offer a lot to see beyond the gold-ness of it, but it’s very restful.

Next: the Buddha Park